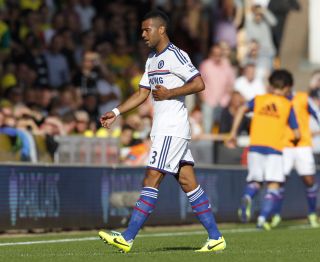 After missing England's FIFA World Cup qualifiers against Montenegro and Ukraine due to a rib injury, the left-back remained in the UK on Monday as Chelsea's squad boarded their flight to Germany.

However, Cole did take part in a morning training session and will hope to return in Sunday's Premier League game against title rivals Manchester City.

Andre Schurrle was included in the Chelsea travelling party following his recovery from a muscle injury that ruled him out of the weekend victory over Cardiff City.