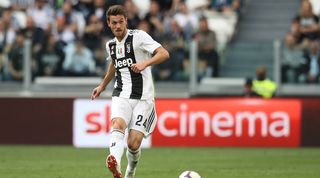 The abundance of players in that role means that Juve could consider letting one leave this summer and Rugani, Demiral and Bonucci have been linked with exits over the summer.

Gazzetta dello Sport has reported that Arsenal stepped up their interest in Rugani by tabling a two-year loan offer, which was rejected.

The Gunners could return to negotiations with a new proposal that would involve the double signing of the centre-back and midfielder Sami Khedira.

However, on Thursday the newspaper reported that Unai Emery’s side could face competition from other unnamed Premier League suitors before the end of the transfer window on August 8.

The report points out that Manchester United have just lost Eric Bailly to injury for four to five months, and suggests they will consider challenging Arsenal for Rugani’s signature.