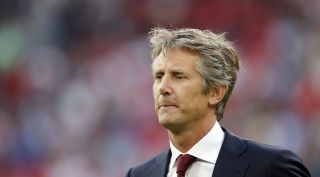 The former goalkeeper won four Premier League titles, the Champions League and the League Cup during his six years as a player at Old Trafford.

The Dutchman currently works as Ajax's chief executive officer and has been earmarked for a similar role at United.

However, according to Ian McGarry of the Transfer Window Podcast, Van der Sar is not entirely convinced by the existing structure at the club.

"He is keen to further his career but does have some scepticism about the current set-up at Carrington regarding the fact there are supposedly five heads of recruitment currently operating," McGarry said.

“And [he] also has doubts, or hasn’t been given reassurances over his exact remit, nor his authority in terms of finalising transfers. That is holding up his decision in making the move from Amsterdam to Manchester.

Van der Sar could expect to earn around £1.34m per year at Old Trafford, which would represent a substantial increase on his £223,000 salary at Ajax.