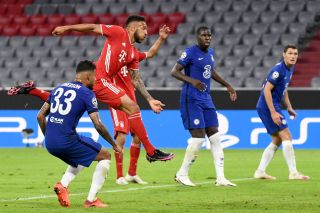 European clubs are set to miss out on half a billion pounds of revenue because of a UEFA rebate to broadcasters amid the coronavirus pandemic.

The chairman of the European Club Association Andrea Agnelli revealed 575 million euros (just over £520m) of prize money will not now be distributed to clubs due to the disruption caused by the Covid-19 outbreak.

Juventus chairman Agnelli said clubs across 20 of Europe’s top leagues stood to lose four billion euros (over £3.6bn) collectively across last season and the season ahead, although ECA chief executive Charlie Marshall said that figure could have been “north of seven billion euros” if most domestic leagues and the continental competitions had not restarted.

“We are in the process of finalising the account with UEFA with a reduction of around 575million euros (approx £520million) for the international club competitions, and that is all money that is not going to be distributed,” Agnelli said in his opening address to member clubs.

Agnelli did not rule out a change of format in the future, saying: “The competition 2021-24 is sold already, everything is laid out.

“Any decision to go to a final ‘something’ – four, eight, 16, whatever you prefer, it’s for post-2024 and all my reasoning and thinking, we should stall and analyse the situation.”

He was keen to stall on all aspects of reform to European club format, something he had been a key proponent of pre-Covid.

“We want to go through a proper analysis of what has happened,” he said.

Agnelli said the absence of supporters from stadiums due to social distancing measures has meant “the complete wipe-out of an important source of revenue for everybody”.

He said he expected a 20 to 30 per cent drop in the overall transfer market spend, using the property analogy to suggest that “prime locations” – star players – might still hold their value but “the outskirts and the suburbs” – those players a rung or two below – may not.

UEFA president Aleksander Ceferin expressed his pride at how the European football community had worked to complete domestic and continental competitions, and highlighted the importance of a united approach as and when discussions over how things look from 2024 resume.

“The future is in our hands,” the Slovenian told club delegates.

“Our mutual trust and sound partnership will bring us soon to identify formulas to consolidate the incredible success story of the UEFA club competitions. If we are united, football will win.”