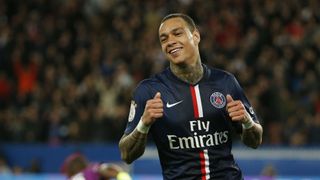 Fenerbahce have confirmed they have opened talks with Gregory van der Wiel and expect to wrap up a deal with the Netherlands international on Monday.

Van der Wiel is a free agent after leaving Paris Saint-Germain and had previously been linked with Roma and Lazio.

However, the 28-year-old now seems set to continue his career in the Turkish top flight instead.

"Fenerbahce have opened negotiations with Gregory van der Wiel over a transfer," a brief statement on the club's official website reads.

"The Dutch player is expected to arrive in Istanbul on July 4 to complete the deal."

Van der Wiel came through the ranks of the Ajax youth academy and made over 100 Eredivisie appearances for the Amsterdam side before joining PSG in 2012.

He had since won four Ligue 1 titles with the Parisians, but opted against signing a new deal in order to get regular first-team football elsewhere.