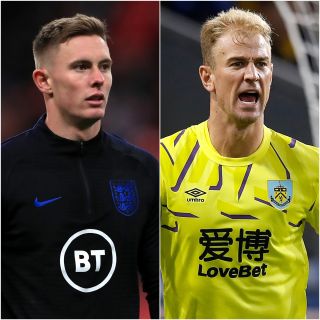 Dean Henderson is reported to be dictating terms to Manchester United as the club seeks to re-sign the keeper. The Manchester Evening News says Henderson, who is currently on loan at Sheffield United, will only sign a new contract at Old Trafford if he is guaranteed to be the Red Devils’ first choice in the net.

Another keeper who could potentially be on the move is Burnley’s Joe Hart. The Daily Express reports that an injury to current Arsenal goalkeeper Bernd Leno could prompt manager Mikel Arteta to secure the 33-year-old England keeper on a free transfer once he is released from his Burnley contract at the end of this month.

Leno’s injury may also end up being felt by Leeds United. According to the Express, the club had expressed an interest in signing the Gunners’ backup keeper Emi Martinez. However those plans could now be scuppered, with Martinez potentially set for an extended run in Arsenal’s starting side.

Inter Milan striker Lautaro Martinez could soon have a new home at Camp Nou. The Daily Mail, citing a report from Sky Sports Italia, says the 22-year-old has attracted the attention of Barcelona bosses – though he is believed to be happy with his current situation in Italy.

Thomas Meunier : The 28-year-old defender is set to join Borussia Dortmund from Paris St Germain at the end of the month, according to Bild.