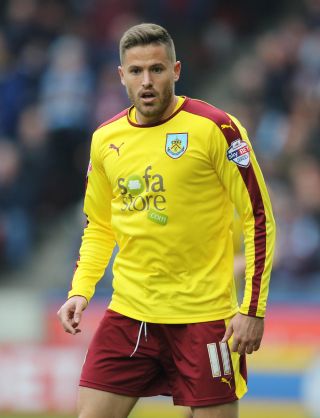 Michael Kightly has announced his retirement from football aged 33.

The winger has had his contract at Sky Bet League One side Southend terminated by mutual consent.

He made 425 appearances, 75 of those in the Premier League having played top-flight matches for Wolves, Stoke and Burnley.

“It’s been a great career but one that has been tough physically on my body, with a lot of operations, and it’s been tough mentally as well, more so in the last couple of years,” Kightly told Southend’s website.

“To be honest it wasn’t that difficult a decision to make. I thought about it in the summer and then I came back to pre-season and thought the time was right for me.

“It’s frustrating when your legs can’t do what they used to do, and I probably could play on for another year, or a couple of years, but I don’t see the point to be honest.

“I was lucky enough to fulfil my dream of playing in the Premier League so I’m really proud at all that I achieved.

“I look back and would like to have made more appearances in the Premier League but like I say a few injuries prevented that.

“I’m proud and honoured to say that I’ve been able to follow my dream but it’s time for a new chapter. Although I’m scared about it, I’m looking forward to it at the same time.”