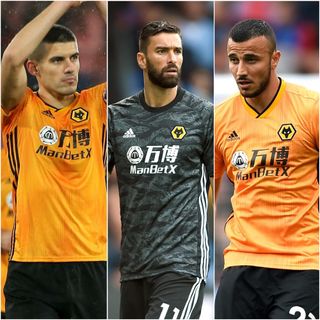 With Liverpool finally conceding goals again in their record-equalling win over West Ham, Wolves join them in the frame as the Fantasy Premier League’s clean-sheet kings.

Four of Wolves’ defensive unit – including goalkeeper Rui Patricio – are in the overall top five of the PA news agency’s recommendations for gameweek 28 and Nuno Espirito Santo’s side provide six of the top 10 in all.

Manchester United defenders are also to the fore while West Ham winger Robert Snodgrass is an intriguing differential.

Hunt as a pack

Wolves’ attacking options stepped up in a 3-0 win over Norwich last time out, with two goals for the in-form Diogo Jota and one for FPL favourite Raul Jimenez.

The match also represented a third-successive clean sheet, though, after goalless draws with Manchester United and Leicester, while assists for both Matt Doherty and Romain Saiss added to the fantasy points haul for their defenders.

The £4.5million Saiss is this week’s number one pick in PA’s Transfer Score metric, based half on a player’s form score with the remaining 50 per cent made up by cost, ownership and upcoming fixture difficulty ranking (FDR).

Wolves have a friendly run, at least after this week’s trip to Tottenham, and Saiss is owned by just two per cent of managers and averages 7.7 points over recent games for a transfer score of 82.

Patricio is just a point behind, owing to a form score of 8.3, while captain Conor Coady (76) also appears in our top three defenders this week – edging Doherty out by 0.1 as he and Saiss sandwich Manchester United’s Harry Maguire (79) on the podium. Willy Boly (73) ranks sixth among defenders, behind Maguire’s team-mate Aaron Wan-Bissaka (74), and 10th overall.

Snodgrass on the rise

West Ham’s Scotland winger has two goals and two assists in his last three games despite facing Manchester City and Liverpool, helping him to a form rating of 6.8 and a top-10 transfer score of 73.

Perhaps spurred on by the January arrival of Jarrod Bowen – who, like Snodgrass, translated a prolific couple of seasons as a left-footed right winger for Hull into a move to east London – Snodgrass is our top-ranked midfielder this week and has just 1.6 per cent ownership.

Leicester have the most favourable upcoming schedule on paper, helping Youri Tielemans place second among midfielders – emulating the ranking of his goalkeeper Kasper Schmeichel. Burnley’s Dwight McNeil is third after a goal and an assist in a 14-point haul against Bournemouth last time out – one-seventh of his season’s tally.

Jota is our top-ranked striker at a transfer score of 73 but behind him, some unlikely names feature among the leading contenders.

Shane Long (67) has emerged as a viable cheaper alternative to Southampton mainstay Danny Ings – though the latter’s £7.1m price tag is more than manageable up front, with his one-in-three ownership capping his transfer score.

The podium is completed by Burnley’s almost-forgotten man Matej Vydra (62), who has stepped out of cold storage to score in successive games with Chris Wood and Ashley Barnes injured, and the surprises do not stop there.