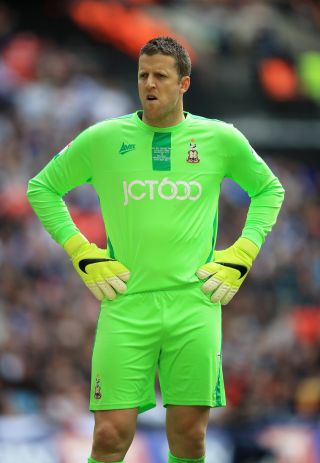 Goalkeeper Colin Doyle has joined Kilmarnock on loan from Hearts until January.

The 35-year-old former Birmingham, Blackpool and Bradford keeper has been brought in by Killie after an injury to Jake Eastwood, who is set to be sidelined for a number of months.

Doyle, a Republic of Ireland international, is set to compete with Danny Rogers for the number one shirt.

Doyle said on the club website: “I’m really pleased to join Kilmarnock and I’m excited by the opportunity to play football again.

“I’m looking forward to meeting up with the lads tomorrow and hopefully I can show what I can do for the team whenever I’m given an opportunity.”