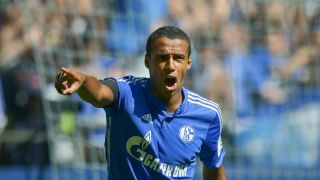 Liverpool manager Jurgen Klopp has denied a pre-agreement has been reached to sign defender Joel Matip from Schalke.

Out of contract with the Bundesliga club in June, 24-year-old Matip has been linked with a move to Anfield this week, with some reports suggesting a deal has already been put in place.

Klopp's squad has been decimated by injuries to defensive players this season and a loan deal to bring QPR's Steven Caulker was secured earlier this week, but the former Borussia Dortmund boss insists there is no news as far as Matip is concerned.

"There is nothing to say about it. If and when something is fixed you will be the first to know," Klopp told the media on Friday.

In a boost to Liverpool's defence, Klopp confirmed Mamadou Sakho is set to be fit to face Manchester United on Sunday, but joked that Kolo Toure is "still in the ice bath" after completing 90 minutes against Arsenal on Wednesday.

Jordan Henderson and Jordon Ibe have also been passed fit, but Klopp stated there is "no update" on Daniel Sturridge.

Klopp was effusive in his praise of Roberto Firmino following his two goals in the 3-3 draw with Arsenal and he is confident the Brazilian can get better as his side prepare to face Louis van Gaal's men.

"Everyone needs time. Sometimes we couldn't change when we wanted. He's in good moment. He's not just a big-team player," he added.

"I like these games where players show exactly what they're capable of. He is still learning and will improve."