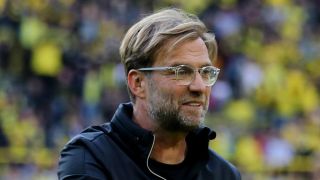 Jurgen Klopp dubbed the German media's reaction to the country's dismal World Cup performance "crazy" and called for the nation to give Joachim Low's players a chance to redeem themselves.

Germany played out a goalless draw with France in the opening match of their Nations League campaign on Thursday - their first outing since being knocked out at the group stage in Russia.

Defeats to South Korea and Mexico, either side of a dramatic victory over Sweden, condemned Die Mannschaft to their worst performance at a World Cup in 80 years but Klopp condemned the reaction of the public and the media since then.

Asked whether he felt criticism of the team was fair, he told reporters: "No.

"And if I was a follower of the German national team I wouldn't say anything. Because you [media] can't deal with it.

"People have been trying this approach for 100 years and it doesn't work. So, for me, it was too much.

"So, calm down, let them play football and I promise you, Germany will win games again."

Vissel Kobe striker Lukas Podolski, who retired from international football after scoring the winning goal in a 1-0 friendly victory over England in March 2017, backed Low's men to recover their form in time to qualify for the 2020 European Championship.

"I cannot imagine a successor to him. You cannot forget what he's been doing for German football for more than 10 years," he said.

"If you are bitter about being eliminated at a tournament, you have to give [Low] a bit of credit.

"Now it's about getting ready for the 2020 European Championship. Jogi will try a few things to get the boys back on track."