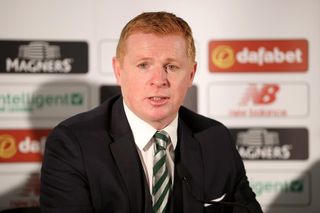 Neil Lennon insists Celtic will be fully briefed on the threat posed by Sarajevo before they kick off their Champions League campaign next month.

The Parkhead boss admits he knows little about the Bosnian champions, who his side face in the first qualifying round.

But he has vowed he will have brushed up by the time his Hoops travel to the Asim Ferhatovic Hase Stadium on July 9.

The likelihood is that the triple-treble winners will be in far better shape than their opponents, who have had to postpone their departure to a summer training camp in Slovenia and apologise to players after a delay in paying this month’s salaries amid financial problems.

But Lennon is taking nothing for granted as he aims to lead the club through to the group stages.

“It’s a tough draw,” the Northern Irishman told Celtic TV. “We don’t know much about them, but by the time the tie comes around we’ll be fully prepared for them.

“Our focus at the minute is getting the boys back up to a decent condition, and then we’ve got a week in Austria.

“We’ll have all the analysis of the opposition by then, and we can do some prep work while we’re there. The three friendlies in Austria will be plenty of football to get themselves up to speed, and by the time the games come around, they’ll all be looking forward to playing.

“And then again, it’s a case of staggering the international boys into the second and third games when they can get some much-needed game time. We’re also hoping to bring some new additions in, and it’ll be important to integrate them as quickly as possible as well.”

The Scottish champions will play three friendlies during their 10-day pre-season tour of Austria and Switzerland which starts next week, with time for a week of fine-tuning left before facing Sarajevo.

Lennon added: “We’ll try and get as much out of the players during pre-season as we can, but we’ve also got to balance that out with recovery and we need to make sure we get that right.

“Even then, the games come so early that they might not be 100 per cent where they want to be, but again, with the second leg a week later, we’ve got another week to prepare them further still. It’s important that we get a decent result in the first leg to improve on in the second.”

Meanwhile, Celtic have announced Nick Hammond will be joining on July 1 to help with the club’s recruitment work, initially across the summer period.

The former West Brom technical director has been called in to fill a gap left by Lee Congerton.

A club statement said: “Nick is highly regarded across football having held director of football and technical director positions at Reading and West Brom respectively.

“Nick’s knowledge, expertise and experience will be invaluable as he assists in the club’s recruitment across the forthcoming period.

“The club has known Nick for some time and we are delighted that he is joining Celtic.”