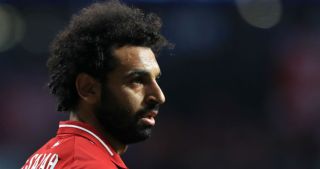 The Egyptian, who helped Liverpool to a sixth European title earlier this month, believes the time is wrong to leave the club - despite being tempted by a move to Real Madrid, according to the Daily Mirror.

Salah has scored a remarkable 71 goals in just 104 appearances for Jurgen Klopp's side since signing from AS Roma in 2017.

And the German manager will be desperate to keep him and Sadio Mane, who shared the 2018/19 Golden Boot with Arsenal striker Pierre-Emerick Aubameyang, as Liverpool look to go one better in the Premier League next season by winning the title.

The 27-year-old apparently hasn't ruled out a move entirely though, keen to revisit the situation in 12 months time.

QUIZ: How many of Real Madrid’s 50 biggest ever transfers can you name?