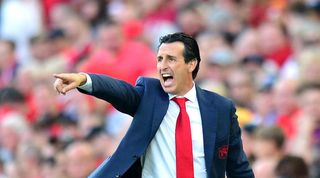 United have been keeping tabs on the 15-year-old defender for several months, but the Gunners are now in pole position to land him.

Pye cannot move before his 16th birthday in October, meaning Unai Emery's side will have to wait until the January transfer window to complete the deal.

But the north London club are now confident of winning the fight for his signature.

Pye is an England Under-16 international who can play at full-back or centre-half.

Arsenal believe the teenage prospect is one for the future, although he is unlikely to make his first-team debut any time soon.