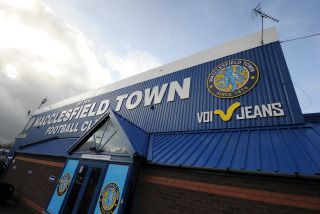 Amar Alkadhi has stepped down as Macclesfield’s acting chairman with immediate effect.

Alkadhi remains the majority shareholder of the club but is looking to sell his stake “at the earliest opportunity”.

The Silkmen are expected to name a new chairman shortly, with Mark Blower “overseeing the management of this transitional period”.

A statement read: “Going forward, all financial and operational decisions will now be made at a local level by the new chairman – together with the senior management team of Bob Trafford, Caroline Hall, Julie Briggs and Patrick Birch.

“It is intended that through prudent and diligent financial management, the club will no longer be reliant on the receipt of overseas funds and as a result, the logistical difficulties often faced previously will no longer be an issue.

“Mr Alkadhi will remain as majority shareholder until the sale of his stake in the club is finalised and he remains committed to concluding this at the earliest possible opportunity.

“As a club, we recognise how important it is to rebuild bridges and regain the trust of both our stakeholders and fans. This will enable us all to unite as a truly community-based club in the future.”

In June, an independent disciplinary commission handed Macclesfield a two-point penalty and £20,000 fine after the club were charged with misconduct related to the payment of player wages in March 2020.

The EFL subsequently appealed, opening up the possibility of a further points deduction that would leave the Silkmen bottom of Sky Bet League Two and thus relegate them.

The appeal will be heard on August 11.