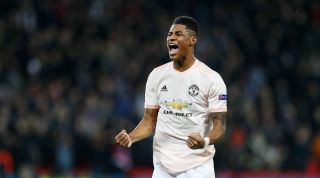 Manchester United forward Marcus Rashford is stalling on a new contract due to concerns over the club's future, report The Sun.

United endured another disappointing season in 2018/19, finishing outside the top four for the fouth time in six years since Alex Ferguson's departure in 2013.

David de Gea and Paul Pogba could both depart Old Trafford this summer due to their desire to challenge for the game's major prizes.

And now Rashford, whose contract expires in June 2020, is reportedly considering his future.

The 21-year-old forward has asked for assurances that United are heading in the right direction before he opens talks over a new deal.

The Red Devils have the option to trigger a one-year extension in Rashford's contract, but they would prefer to see him commit to the club beyond 2021.

However, United  will first have to convince the youngster that they can close the gap between Manchester City and runners-up Liverpool.