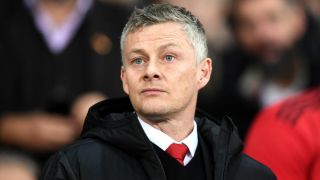 Optimism at Old Trafford is high. Ole Gunnar Solskjaer's side are on a glorious run of form and fans are starting to expect.

Bruno Fernandes has hit the ground running and now that Paul Pogba is back in the side, United look a whole different prospect. Today's encounter against Eddie Howe's struggling Bournemouth side is another opportunity for the Red Devils to continue the momentum that they hope will carry them into the Champions League next season.

It won't be a walkover though. Bournemouth are becoming desperate and this is sink or swim time. Second bottom in there table and a point from safety with six games remanning, Howe's side can't afford to roll over in any of their remaining matches. They certainly have the talent in their side to damage the top teams, but will they finally start to show some spine at Old Trafford?

Kick-off is at 3pm BST and the game is being shown on BT Sports and Pick
in the UK. See below for watching details where you are.