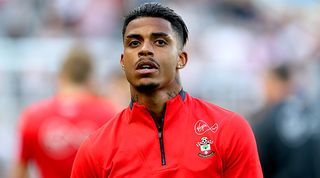 The ongoing saga surrounding Harry Maguire continues, with Manchester United potentially forced to meet the £80 million valuation from Leicester for their star defender, the Daily Mirror reports. It follows Eric Bailly suffering a knee injury in pre-season against Tottenham which could force United into action ahead of the coming season.

Meanwhile, the Old Trafford club have also been told they will have to fork out more than £30 million to bring in Sean Longstaff from Newcastle, the Manchester Evening News says.

Sticking with Newcastle, and the Magpies are to bring in Nice winger AllanSaint-Maximin,according to the The Sun. The 22-year-old could be Steve Bruce’s second signing at the club after the £40m arrival of Joelinton.

Wolves are keen on signing Mario Lemina from Southampton, but will have to battle with interest from Manchester United and Arsenal, according to the Daily Mail. The Gabon international joined Saints from Juventus in 2017 for a then-club record £15.4m.

Marvelous Nakamba: Aston Villa will continue to bolster their squad ahead of the new Premier League season with the signing of the £11m midfielder from Club Brugge, the Telegraph says.

Nicolas Pepe: Agents of the Lille winger have been in Naples to discuss a potential deal with Napoli, reports Gazzetta dello Sport.

QUIZ! Can you name the 50 African players with the most Premier League appearances?