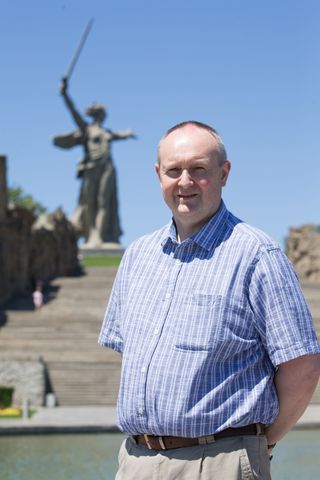 Deputy Chief Constable Mark Roberts has told critics complaining about how the Premier League season is due to be completed to “get a grip”.

Clubs are understood to have been told the use of eight to 10 neutral venues is the only way the campaign can be finished in a way which satisfies the Government and emergency services amid the coronavirus pandemic.

That has drawn some criticism, with Brighton’s chief executive Paul Barber the most vocal so far, claiming the removal of the home-and-away element of the league would be “unfair”.

But with the death toll in the United Kingdom from the virus more than  30,000, Roberts – the national football policing lead officer – says other complaints pale into insignificance.

“There are comments that the integrity of the game may in some way be compromised if some teams have to play a game at a neutral venue, they played someone at home earlier in the season with a crowd and now they are being asked to play at a neutral venue with no crowd,” he said to ITV News.

“Fine, these are all in a football sense, really important.

“But in a broader context where the country has seen 30,000 and rising deaths then really some of the people making these comments need to get a grip because we have all got a responsibility to make progress for the benefit for the country, but equally to do it in a way that minimises the risk that anything we do adds to that death toll.”

Brighton have been the leading detractors, with Barber again vocal in his club’s unhappiness with the proposals of Project Restart.

But he insists it is not just clubs fighting for Premier League survival who oppose the completion of the season at neutral venues.

Barber, who believes in relegation in these circumstances would be “truly catastrophic”,  said:  “I would expect Monday’s meeting at the very least would provide more pieces to the jigsaw and a clearer picture to look at. I don’t know if that would require vote next week or at any further point.”

The Albion chief executive has not given up hope on changing the plan to play at neutral venues and would find it “very strange”, if has been suggested, the AMEX Stadium is among those grounds used.

“I think we can manage ourselves,” Barber said, having confirmed none of the Government, police or Premier League have contacted them about being a neutral venue.