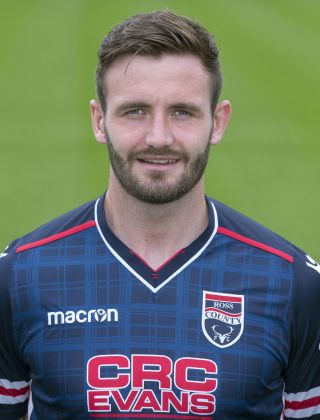 The 25-year-old defender joined Paul Heckingbottom’s side on a season-long loan from Peterborough on deadline day.

Naismith, who is no stranger to the Scottish top flight, having played for both St Mirren and Ross County before moving to England, could make his debut when Hibs visit Kilmarnock on Saturday.

He said: “Hopefully I can bring a winning mentality. I like to win.

“There are obviously winners in there who I’ve played with in the past. Darren McGregor and guys like that.

“So hopefully we can win games.

“I’ve got experience in this league – I’ve done it before. I did well the last time I was here so hopefully, I can carry that form on.”

Naismith is delighted to be at Easter Road and is hoping to make a success of his loan spell.

“Obviously it’s a fantastic club, a well-run club and it’s a big opportunity for me,” he said.

“I will give my all for the club and hopefully we can be successful on the park.

“I’m buzzing to be here. All the boys have welcomed me with open arms.”

The timing of Naismith’s arrival, which came at the very beginning of the international break, has given him additional time to adjust to his new surroundings.

He added: “It’s given me that extra wee bit of time to get to know the gaffer and the way they want to play.

“He’s been able to drum that in this week and I’m just raring to go on Saturday.”