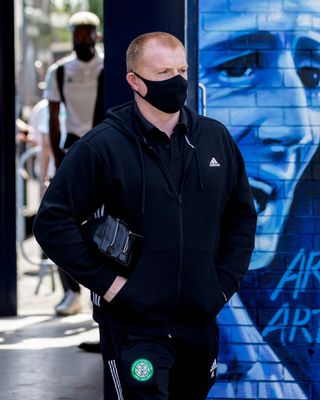 Neil Lennon will quickly consign the two dropped Premiership points at Kilmarnock to history and focus on the immediate tasks ahead.

Midfielder Ryan Christie opened the scoring for the champions behind closed doors in Ayrshire on Sunday after 10 minutes with a free-kick from distance.

However, veteran Killie winger Chris Burke levelled in the 24th minute from a penalty conceded by Hoops centre-back Christopher Jullien, who fouled striker Nicke Kabamba inside the box.

Lennon told Celtic’s official website: “We don’t think any game coming up will be easy, I don’t take anything for granted.

“We dropped a couple of points, which is disappointing, but we have a long way to go and the team will get better as we go.

“Reykjavik is hopefully going to be a home tie, which is all you can ask for, really. We’re looking forward to that and getting back to Celtic Park.

“It is hard at times without the supporters. If we look at the second half, there were moments where the fans would have drove the team on, but we have to adapt.

“As I say, I don’t think it was a poor performance, just a bit lacking that sharpness we normally have.”