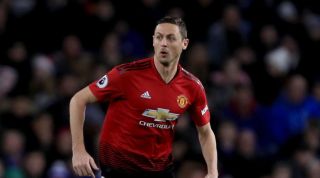 According to The Sun, Ole Gunnar Solskjaer was willing to part with the midfielder before the European transfer window closed at the start of September.

And Calciomercato report that Matic's agent worked hard to move his client to Serie A.

However, both Milan and Inter were put off by the Serbia international's wage demands.

Matic is out of contract at the end of this season and will be able to sign pre-contract agreements with foreign clubs in January.

The former Chelsea man made his first start of 2019/20 in Saturday's 1-0 victory over Leicester.