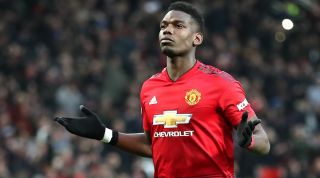 Paul Pogba must submit a formal transfer request if he wants to leave Manchester United this summer, write The Sun.

The France international is reportedly desperate to seal a switch to Real Madrid ahead of next season.

Pogba has made his wish to leave United clear to the club's hierarchy, but they have informed the player that he must go public with his desire to depart in order to secure his dream move.

Madrid manager Zinedine Zidane is plotting a major squad overhaul and has told Pogba that it is now or never if he wants to move to the Spanish capital.

Ed Woodward, United's executive vice-chairman, wants to keep hold of the 26-year-old, but Ole Gunnar Solskjaer is willing to let him leave if the price is right.

However, Pogba has been told that he must demand a transfer if he is to persuade Woodward to let him go.