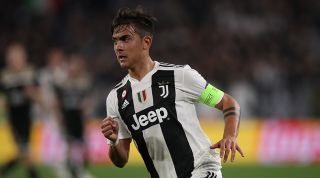 Paul Pogba is interested in a move away from Manchester over the summer, with Real Madrid leading the race to sign the midfielder, reports the Daily Telegraph. Any switch would rely heavily on Manchester United lowering their £160 million valuation of the 26-year-old, the paper adds.

Sticking with the Red Devils, and the club are said to have made contact with Juventus about an £85 million deal for striker PauloDybala, according to the Daily Mirror.

Juventus may be looking to make a move for Liverpool target Julian Brandt, reports the Daily Mirror. The German winger is currently on the books of Bayer Leverkusen.

Manchester City are expected to close a deal for Sporting midfielder BrunoFernandes in a transfer which could be worth £47 million, reports the Daily Mail.

Fulham have been rebuffed for a second time in their bid to bring in ArseneWenger, the Daily Mail says. The Cottagers will play Championship football next season after relegation, with Scott Parker currently in charge on a temporary basis after Claudio Ranieri was dismissed in February.

Man Utd transfer boost as Juventus pull out of race for Milenkovichttps://t.co/u1ANTsO7Lqpic.twitter.com/LkwAxmQ66S— The Sun Football  (@TheSunFootball) May 6, 2019

David Neres: Ajax will face a challenge to hold on to the 22-year-old, with Liverpool joining the hunt for the Brazilian forward, says the Sun.

Ryan Fraser: The Bournemouth and Scotland winger is open to leaving the Cherries, with Arsenal among those interested according to the Daily Mail.