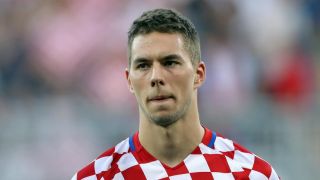 Dinamo Zagreb attacker Marko Pjaca has dismissed suggestions that he is due to undergo a medical with Inter on Monday ahead of a proposed move to San Siro.

The Croatia international impressed at Euro 2016 and has been heavily linked with a move to the Serie A side in recent days.

However, Pjaca insists that reports he is on the verge of penning a deal with Roberto Mancini's men are wide of the mark.

"I would like to stress that there is no truth in the reports suggesting I am on the verge of joining Inter," the 21-year-old wrote on his official Facebook account.

"I am currently on holiday and will soon be joining my team-mates at Dinamo Zagreb for pre-season."

Pjaca, who joined Dinamo from Lokomotiva Zagreb ahead of the 2014-15 season, has a contract with his current club until June 2019.

The winger has allegedly also caught the attention of Napoli and AC Milan with his fine performances.