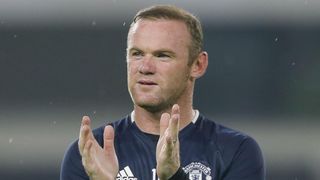 Wayne Rooney would be a key beneficiary of Paul Pogba's expected move to Manchester United, according to Dwight Yorke.

Pogba is said to be on the brink of completing a world-record switch back to the club he left four years ago as Jose Mourinho seeks to lead United back into Premier League title contention.

And Yorke, a treble winner during a four-year spell at Old Trafford, believes captain Rooney would stand to gain the most from Pogba's arrival.

"Hopefully, with the acquisition of Pogba coming into the team, he [Rooney] doesn't have to worry about coming looking for the ball. The ball will finally come to him," Yorke told Sport360.

"I can see why Mourinho said 'listen, he's going to be playing up top', because that's where Rooney is good. That's a specialist position.

"When you play in that position all the time, your mindset is like that. He doesn't have to go looking for the ball now. I think that's part of Mourinho's plan."

Rooney has been tried in a central midfield position for club and country, but Mourinho has underlined his intention to play him higher up the pitch.

He will form part of a strengthened United attacking unit that now also features Zlatan Ibrahimovic and Henrikh Mkhitaryan.