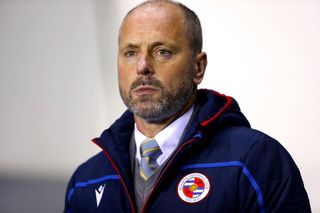 Reading boss Mark Bowen has signed an extended contract with the club until the end of the 2020/21 season.

Bowen, 56, has guided Reading from third-bottom to 14th in the Sky Bet Championship since giving up his role as the club’s sporting director to replace sacked Jose Gomes as manager in October.

“Reading Football Club are delighted to announce that manager Mark Bowen has put pen to paper on a new contract, which will see him remain as Royals boss until the summer of 2021,” the club said on their official website.

“Assistant manager Eddie Niedzwiecki and first-team coach John O’Shea have also signed new deals with the club as key members of Bowen’s team in the home dugout at Madejski Stadium, while it has also been agreed that goalkeeping coach James Bittner will continue in his role with the first team until the end of the current campaign.”

Bowen has won nine of his 17 games in all competitions as Royals manager.

Reading’s chief executive Nigel Howe added: “A manager with a very clear understanding of what it takes to win football matches in this division, Mark has managed to galvanise this group of players and instil fight, determination and desire into the dressing room which has had an instant impact on performances and our points tally.”