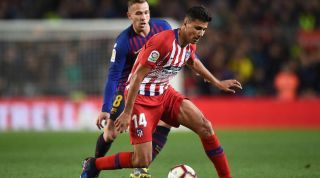 Manchester City and Manchester United have both been credited with an interest in the Spain international, who only joined Atleti from Villarreal last summer.

Rodri is demanding a pay rise if he is to stay in the Spanish capital, according to a report in Cadena Cope.

Furthermore, he is said to be ready to walk out if his €70 million (around £61 million) release clause is triggered by an interested club after his agent informed the club that the clause would be deposited because the player wants to feel valued.

Bayern Munich and PSG have also been linked with the 22-year-old, who has impressed in 33 La Liga appearances this season.