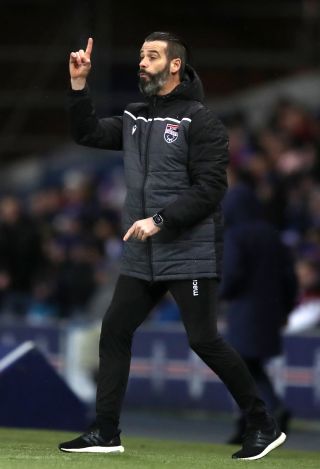 Ross County have signed Rangers midfielder Stephen Kelly on a season-long loan after the 20-year-old extended his Ibrox contract.

Kelly has committed his future to the Ibrox club until 2023.

The Scotland Under-19 international scored six goals in 33 appearances for Ayr on a loan spell last season.

His one and only Rangers first-team appearance had come against the Honest Men in a League Cup tie at Ibrox during the previous campaign.

After making his first signing of the summer, County manager Stuart Kettlewell told his club’s official website: “Having spent last season on loan at Ayr, Stephen has been involved in some really competitive football which we hope will help him in his spell with us.

“We have been aware of Stephen for some time and managed to keep a track on his progress. He is a young player at only 20 years old, but a player that has been very open in his desire to really push himself and continue to develop and grow, which we hope he can do here in Dingwall.”

Kelly said on the Rangers website: “I’m delighted that I’ve now got another couple of years with Rangers to try and make the gap and get into the first team.

“I had a loan spell with Ayr United which has paid off and hopefully I can now keep working and keep progressing in the years to come.

“I definitely think I am capable of playing top-flight football and I am excited to go to Ross County.”

Rangers retain the option of recalling Kelly in January.

Ibrox sporting director Ross Wilson said: “Stevie is developing really well and impressing all of us with his progress. He had a really good experience at Ayr United and we thank Ian McCall and Mark Kerr for the confidence shown in him and for aiding his development at Somerset Park.

“Stevie repaid that faith as Ayr’s young player of the season. In turn we have rewarded him with this new contact which is part of what we will do going forward at Rangers, reward young players when they earn it.

“It was part of our development plan for him to now test himself at Premiership level and Steven Gerrard has made clear to Stevie that we expect him to make a strong impact in the league at Ross County.”