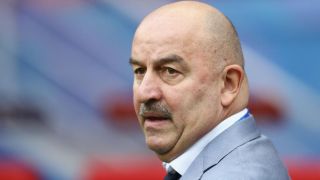 A brace of calamitous Kim Ju-young own-goals helped Russia to an entertaining 4-2 friendly win over South Korea on Saturday in the 2018 World Cup hosts' first match since their disappointing Confederations Cup campaign.

Russia impressed few people on the pitch when they crashed out of the Confederations Cup at the group stage, but Stanislav Cherchesov's men looked more assertive and expressive in Moscow against South Korea, before easing off towards the end and allowing the visitors to steal a couple of consolation goals.

The visitors arguably played the better football in the first half, but the best chances fell to Russia, with Aleksandr Kokorin - back in the fold after an 11-month absence - guilty of firing over from 12 yards after being picked out by Fedor Smolov.

But Russia were not to be denied just before the break, as Smolov met Aleksandr Samedov's corner delivery with a strong headed finish.

Russia raced ahead early in the second half as South Korea proved to be their own worst enemy, with Kim nudging into his own goal from a corner before repeating the trick to minutes later, inadvertently prodding beyond Kim Seung-gyu from 20 yards when trying to cut out a pass.

Kwon Chang-hoon almost pulled one back 20 minutes from time when he was kept out by Igor Akinfeev after a lovely solo run, before Aleksey Miranchuk effectively finished them off with a nonchalant finish seven minutes from time.

South Korea did manage to restore a little pride in the final stages, as Kwon Kyung-won headed past Akinfeev and Ji Dong-won capped off a decent move, but Russia were already home and dry.