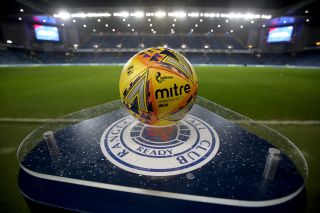 The Scottish Professional Football League claims Rangers are yet to provide a “single shred of evidence” after the Ibrox club finally released their dossier to clubs.

Rangers need 32 clubs to back their call for an independent investigation into the circumstances surrounding the recent vote which ended the lower-league season and handed the SPFL board the authority to do likewise with the Premiership campaign.

The club had called for SPFL chief executive Neil Doncaster and legal adviser Rod McKenzie to be suspended after claiming they had received “alarming” evidence from a whistleblower and further alleging clubs were “bullied” into voting for the SPFL.

After saying they would release the evidence to clubs “well in advance” of next Tuesday’s general meeting, Rangers presented their case at 10am on Thursday morning.

However, it was quickly met with a strong response from the league.

An SPFL spokesman said: “It is now a month since Rangers accused the SPFL of bullying and corruption relating to the Dundee FC return.

“At last, Rangers have issued their ‘dossier’ and we will now take time to review it, before responding to all 42 clubs.

“Since Rangers publicly demanded the suspension of the SPFL’s chief executive and legal counsel, everyone in Scottish football has waited patiently for them to present their case.

“However, an initial examination of their ‘dossier’ has failed to identify a single shred of evidence to support Rangers’ vociferous claims of corruption, bullying and coercion by SPFL staff.

“If Rangers have any good reason for Neil Doncaster and Rod McKenzie to be suspended, we have yet to see it.”

Rangers issued a very brief response to the SPFL statement, declaring on Twitter: “#RangersFC will not be bullied into silence”.

The account also retweeted the release of their own statement from April 11 in which they had called for Doncaster and McKenzie to be suspended and claimed to have received evidence which raised “serious questions concerning the corporate governance of the SPFL”.