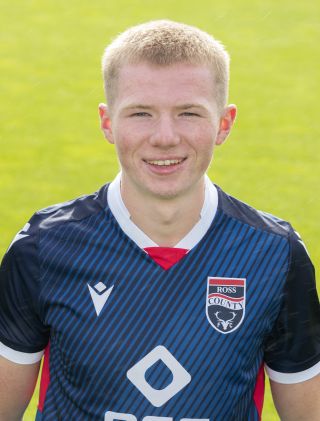 Stuart Kettlewell insists there have been no Old Firm grumbles over Stephen Kelly and Ross Doohan’s lack of Ross County action.

The Staggies boss was delighted to land highly-rated Rangers midfielder Kelly on loan earlier this summer.

But so far the 20-year-old has registered just 19 minutes of first-team action for County after being called off the bench for his Scottish Premiership debut during last week’s 1-1 draw at St Mirren.

Celtic goalkeeper Doohan, meanwhile, is yet to take to the field for Kettlewell’s team having made his Dingwall switch just a couple of days before the new campaign got underway.

Ross Laidlaw has been preferred to the 22-year-old so far, keeping two clean sheets while helping County to register their best ever start to a top-flight campaign with eight points from the first five games.

But Kettlewell has explained the situation to both parent clubs and insists the Glasgow giants are content with their players to bide their time for a chance.

He said: “I’ve genuinely no complaints from Stephen. He’s showed up well in training sessions and is a quality player.

“I was desperate to get him. We did our homework on him last season at Ayr in the hope Rangers might let him out again.

“But he’s been up against stiff competition. It’s not that he’s done anything wrong. We’ve just had some guys in there putting in really good performances.

“Harry Paton, Iain Vigurs, Ross Draper and Jordan Tillson have all performed really well, so we have some serious competition there.

“But I have no reservations about trusting Stephen in a game.

“Sometimes you have to be patient and wait for your chance to come.

“I’ve told that to Stephen and I’ve had a conversation with Rangers to say there is no reservation with me playing Stephen Kelly. I wouldn’t have fought tooth and nail to get him if that was the case.

“There’s been contact with Celtic too over Ross Doohan. These clubs put players out on loan. It’s my job to pick a team so there’s no complaints. There is contact just to make sure these guys are settled and working hard on a daily basis.”

Kelly and Doohan will hope to be involved when County travel to Livingston on Saturday but new Scotland squad member Lyndon Dykes will not after the striker sealed a £2million move to QPR.

Kettlewell expects the Lions to come out snarling, saying: “Livingston haven’t had the start they were hoping for but I don’t think it was through a lack of desire.

“They’ve had a tough run of fixtures and there talisman has now left.

“There will probably have to be a little bit of a style change in how Livingston approach games.