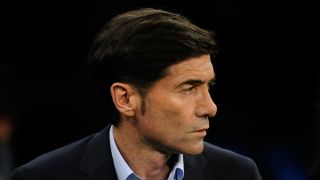 Valencia have confirmed the appointment of Marcelino as their new head coach for next season.

Los Che have endured an underwhelming campaign in LaLiga, having flirted with relegation under Pako Ayestaran before he was sacked and replaced by Cesare Prandelli, who quit in December after a row with the board over signings.

Voro has steadied the ship since January, leading the team to 13th in the table, but another bottom-half finish represents a poor return amid an estimated outlay of over €30million on players during the season.

Marcelino led Villarreal to top-six finishes in each of his seasons in charge at El Madrigal, guiding them to fourth last term before quitting on the eve of this campaign.

A former player at Valencia's local rivals Levante, Marcelino has signed a two-year deal at Mestalla.

Voro will take charge of Valencia's two remaining games this season, at Espanyol and at home to Villarreal, but sneaking into the top half is beyond the six-time Spanish champions.