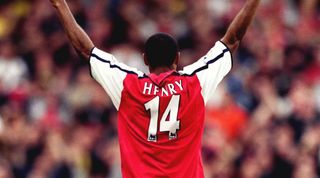 You have 10 minutes to guess 222 clubs - obviously a few appear more than once, sometimes from the same game.

THEN TRY Quiz! Can you name every FA Cup winning team ever?

We've all run out of superlatives for Thierry Henry by now, haven't we?

The Frenchman went from a misfit Juventus winger to arguably the greatest Premier League footballer ever - argued by us, actually - and on this day in 1999, Henry first joined Arsenal.

Of course, no one knew the impact he'd have when he first signed for the Gunners. He was competing for places with Dennis Bergkamp, Kanu and Davor Suker among others, and this lad wasn't exactly prolific in front of goal.

Three FA Cups, two league titles a whole lot of goals later, Henry is one of the most beloved players ever. Just not by the goalkeepers he faced.