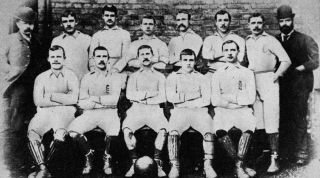 THEN TRY Quiz! Can you name every player on loan to a Premier League club?

Back 149 years ago, Emirates airline collaborated with the Football Association to create the Emirates FA Cup, a new cup competition open to every football team in the country - except Manchester United, who were out in Brazil, playing in the Club World Cup.

Over the past century and a half, the FA Cup has been host to some incredible moments of footballing history.

We've listed out every winning of the Football Association Challenge Cup, and it includes a number of sides which are no longer in existence.