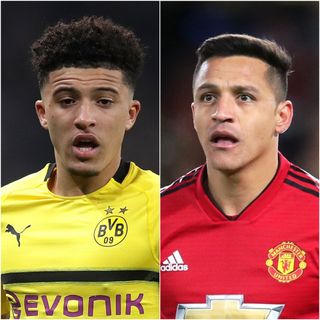 Alexis Sanchez is set to take a paycut to join Inter Milan, says the Daily Mail. Sanchez swapped Arsenal for Old Trafford in 2018 but has failed to find form, scoring only three times in 32 appearances and was sent out on loan to the Serie A side in 2019 with the Chilean having to accept a drop in his reported £560,000-a-week salary.

Manchester United are close to agreeing terms with Jadon Sancho, reports the Daily Mail. Sancho has been the subject of intense transfer speculation of late having starred for Bundesliga side Borussia Dortmund and the England side. The paper reports the winger will set a new British transfer record of around £108million.

Arsenal are focusing on bringing in two players over the summer: former Liverpool and Barcelona winger Philippe Coutinho and Atletico Madrid’s midfielder Thomas Partey, according to the Times.

Jack Grealish could be made to wait for a move away from Aston Villa over the summer, with Manchester United prepared to hold off on signing the forward who is expected to command a fee north of £80million, reports the Daily Mail.

Chelsea are set for a summer sale as they seek to overhaul their defence ahead of next season, reports the Times. Frank Lampard is looking to bring in Ben Chilwell from Leicester and would be happy to see Kurt Zouma, Andreas Christensen, Emerson Palmieri and Marcos Alonso leave.

Chelsea given clear path to buy Havertz as Bayern confirm they are OUT of race https://t.co/aVOAwuva7V— The Sun Football ⚽ (@TheSunFootball) August 3, 2020

Serge Aurier: Tottenham are in no rush to sell the defender and will look for bids north of £23million amid interest from AC Milan, says the Daily Mail.

Idrissa Gueye: The former Everton midfielder, who is currently on the books of Paris St-Germain, is subject of interest from Wolves, according to Le10Sport.

Kim Min-jae: A host of clubs are chasing the centre-back who currently plays in the Chinese Super League, with Tottenham and Everton interested alongside Lazio and PSV Eindhoven, reports Gazzetta dello Sport.