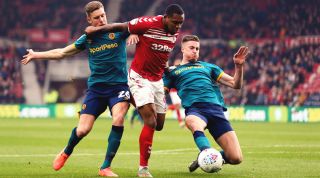 It’s been another long, hard, miserable season for Boro fans. Relegation remains a very realistic possibility with the club sitting just two points above the drop zone with four games left. Former manager Jonathan Woodgate lost his job following a poor run of results after the restart and the responsibility now falls to Neil Warnock to keep the club in the second tier. A huge win over Millwall last weekend has given them a lifeline. They must build on that again this weekend if they want to keep their heads above water.

Bristol City won't be obliging opponents as long as they retain an outside chance of sneaking into the play-offs. They may be 12th, but given how tight things are at the business end of the table, their fans can continue to dream. Six points behind sixth with twelve still available - highly unlikely, but never say never.