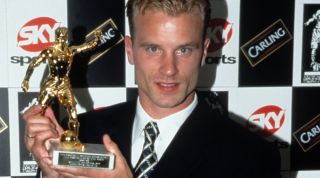 Five minutes on the clock, 27 players to guess.

NOW TRY Quiz! Can you name the 50 highest Championship scorers since 2007/08?

The FWA Footballer of the Year award is only awarded to excellence.

This is the title reserved for the one player who's been head and shoulders above the rest. Well, it doesn't always work out that way but at least in the past, the winners have been a good signpost for who the dominant forces were during that period of the Premier League.

Judging by the picture we've chosen, you may have guessed that our current cover star was one such player who went above and beyond in a season in England to achieve this revered status.

Who else can you name from the annals of history as having been crowned as the FOTY?