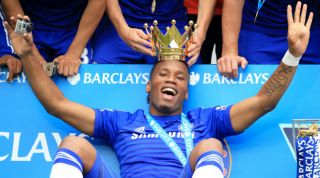 "It's really a pleasure for me to play," the Ivorian told Telefoot on his 40th birthday on Sunday - 20 years after making his debut for Le Mans.

"I started late at the top level. I really enjoy playing - I like my role of owner-player a lot. I'm surrounded by a lot of youngsters, and I like passing my know-how on to them. But this season is the last. I'm 40, it's time now."

Drogba has been rumoured to go back to his former club Marseille, where he won the UEFA Cup in 2004, to take up a boardroom role there. He's refused to rule out a return to the Ligue 1 outfit in some capacity.

He added: "We'll have to see what is offered. I'm always ready to help.

"In any case, Marseille are showing good things this year. Rudi Garcia's project is taking shape, they're building a team with young players. It's excellent to stay in the top three with a team like that. As a fan, I have a lot of faith in them."