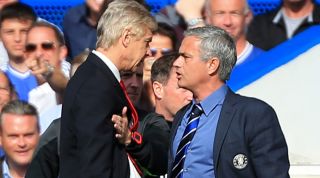 If you're anything like FFT, you may well have given up on your fantasy football team by now. You forget to tweak it every week, right? Or you're so far behind that you can't be bothered anymore (this is very much like FFT).

But all is not lost. The good people at Football Fanager have realised how many of us are lazy so-and-sos, and designed a fantasy football game with short-term gains in mind, with real cash prizes in their New Year's Day bonanza.

On Boxing Day they paid out £5,000 on another big pot as many of you battled Team FFT for bragging rights.

So what do you have to do?

Well, the concept is simple: with a £250 million budget you pick the team you think will claim the most points from the 10 Premier League fixtures on that day. It's a formation of your choice, along with a skipper who'll net you double points in the usual categories (though no subs – it's all about your starting XI).

Forget your season-long commitments, because with Football Fanager you can win big with one good gameweek – not least this Christmas, where their two featured leagues have special £5,000 prize pots.

More importantly, you can have a go at beating our team below. Think you've got what it takes?

Entry to the New Year's Day league will only set you back £1.10 per team, with £1,000 heading to the lucky winner and payouts right down to 50th place. To boost your hopes, Football Fanager are offering players the chance to enter up to 10 teams - and a limited festive offer of a free £5 in your account with any deposit of £5 or more. Mega!

With free entry leagues throughout the season too, there's something for everyone. So what are you waiting for? Have a crack at bettering our motley line-up...

A toughie, with Manchester United visiting Stoke, Arsenal taking a trip to Southampton and Tottenham facing Chelsea at White Hart Lane. So who to form a defence around? In this case, FFT plumped for Manchester City centre-backs Eliaquim Mangala and Martin Demichelis (vs Sunderland at the Etihad), who are both expected to start again in the absence of skipper Vincent Kompany.

Thibaut Courtois in goal won't have the easiest of games in north London, but Chelsea's defence record is worth a gamble on. Elsewhere, Mamadou Sakho (vs Leicester at Anfield) and Daryl Janmaat (vs Burnley at St James' Park) felt like reasonable selections.

In midfield, the in-form David Silva may once again have added responsibilities on his shoulders should Yaya Toure not be passed fit. It'll be Raheem Sterling (vs Leicester) and Eden Hazard (because he's ace) alongside him.

Up front, it's all about strikers in form. Charlie Austin can do little wrong at the minute, and coupled with QPR's home form, is a sensible option at the sharp end. Elsewhere, West Ham face a struggling West Brom side at Upton Park with both Andy Carroll and Diafra Sakho thriving.

Agree? Disagree? Get on Football Fanager and get involved!