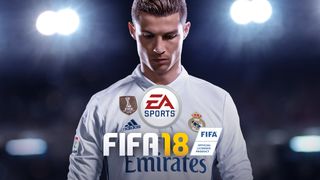 With FIFA 18 on the horizon, you’d be forgiven for chucking last year’s game aside in anticipation. Fortunately, there are multiple opportunities to get to grips with EA’s upcoming game ahead of its September 29 release date.

Despite a lack of announcements thus far, we’ve collated five ways in which you’ll be able to gain early access to FIFA 18. With any luck, you’ll be pulling packs and scoring screamers in no time...

Although yet to be announced, FIFA 18’s closed beta should be released around mid-August* if past years are anything to go by. Each chosen participant usually gains access to a specific mode, with Online Seasons, Ultimate Team and Pro Clubs all featuring in previous betas.

If EA sticks to the traditional formula, access will not be provided on a sign-up basis. Instead, those who have logged time on FIFA 17 will be eligible for inclusion, with emails sent to selected players (North America & UK only). Make sure you’re opted in at this page to receive EA correspondence, but keep in mind there are no guarantees that you’ll be picked.

FIFA 18’s demo hasn’t been revealed yet – but in keeping with yearly trends, you can expect to see it sometime around mid-September. EA’s August Gamescom conference may give some indication about the exact date.

Generally, FIFA demos incorporate standard Kick Off matches featuring a selection of high-profile teams. Cover star Cristiano Ronaldo will inevitably make an appearance, and we might even get a sneak peak at Alex Hunter’s new tale in The Journey: Hunter Returns. Look for the Frostbite-powered demo on PS4, Xbox One and PC.

As usual, FIFA 18 will offer a Play First trial this year. Subscribers can pay £3.99 for a month’s access to the EA Access (Xbox One) or Origin (PC) package that will provide 10 hours with the full version of the game. The trial will arrive on September 21 – eight days before the game’s official release.

The Journey is the only mode likely to face restrictions in the trial, having been limited to a short sample in last year’s version. Everything else should be unlocked, though, allowing you to get an all-important head start on the competition.

Pre-ordering either the Icon or Ronaldo versions of FIFA 18 provides three days’ worth of early access to the full game. The digital-only Icon version is the costlier of the two, offering 40 Jumbo Premium Gold Packs (over 20 weeks) for FUT 18 in its set of rewards.

You’ll be looking at £80-90 to get your hands on it, while the Ronaldo edition retails at anywhere from £70-80, with each version packing a Cristiano Ronaldo loan card and 8 special edition FUT kits. Unfortunately, the Icon and Ronaldo edition bonuses are not available for PS3, Xbox 360 and Nintendo Switch consoles.

FUT fanatics will inevitably look to the FUT 18 Web and Companion Apps to begin building their teams pre-release. A condensed offering of Ultimate Team’s key features, the Web & Companion Apps are usually made available a few days before the EA/Origin Access trial period begins.

Once they’re live, starter and loyalty packs should be accessible, although you’ll need to wait until the full game’s release to access pre-order bonuses. Primarily, though, the best reason to log into these apps is to acquire daily gifts, with packs and coins typically rewarded for a number of weeks.