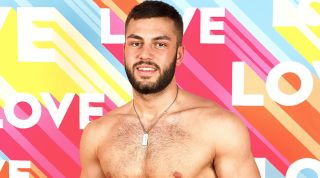 Injury is part and parcel of being a footballer. Even so, Finn Tapp suffered a particularly nasty one last weekend.

The 20-year-old was stretchered off during Oxford City's clash with Dartford last Saturday, after a clash of heads left him requiring treatment for eight minutes.

Tapp's team-mates were understandably concerned about their stricken colleague, who joined the National League South side last summer. And they were probably even more worried when the youngster failed to turn up to training this week.

Tapp was supposed to join up with the rest of the squad in preparation for Saturday's meeting with Braintree, having watched the second half of the Dartford game from the substitutes' bench. He may not have been available for selection for this weekend's match, but the defender was supposed to have further medical tests at the club in the run-up to it.

However, Tapp did not appear at the training ground on Tuesday, leaving the club confused. Was he too unwell to come in? Had there been a family emergency? Did Tapp just not fancy it?

No, the former MK Dons man had flown to South Africa to take part in the sixth series of Love Island. As you do.

Oxford City were only made aware of the development on Tuesday, and were unable to reveal the news until the following day due to an embargo.

"The club was not aware Finn Tapp was going on Love Island - this is normal protocol for all contestants," read a club tweet. "We understand and wish Finn luck on the show."

The club was not aware Finn Tapp was going on Love Island - this is normal protocol for all contestants. We understand and wish Finn luck on the show.— Oxford City FC (@OxCityFC) January 15, 2020

The semi-professional footballer, who also works as a recruitment consultant, arrived at the villa on Thursday.

"It'll be great if I come out of the villa with mates, but if I need to step on toes to get the girl I like, I'll do it," Tapp said.

"I've always been loyal. Whenever I start getting the wandering eye, it's time to break up. Who knows what could happen in the villa."

Premier League fans, beware: if one of your first-team stars is unexpectedly absent this weekend, keep an eye on ITV on Monday.