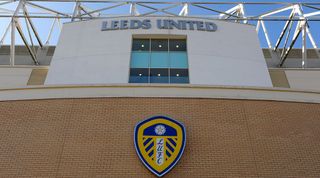 The Together Leeds Consortium has made a last-ditch bid to buy Leeds United, offering a sum in the region of £25 million while giving supporters a voice in the day-to-day destruction of the club.

Fans have been promised significant investment in directors' salaries, open channels of communication with an unresponsive Twitter account, and the opportunity to found a new club at the bottom of the league pyramid within 18 months.

Together Leeds hope to distinguish themselves from leading bidder Massimo Cellino, who has instead offered to destroy the 1992 league champions violently and grind the club’s ashes into the dust, much to the consternation of some fans.

“Unlike the Cellino family, we believe in a collaborative, community-driven approach to destroying Leeds United,” a TLC spokesman told FourFourTwo. “Fans can rest assured that we plan to destroy their team respectfully and in accordance with local traditions.”

The future of the Elland Road outfit has been unclear for some time, with a rival bid from investors Sport Capital foundering amid accusations that they planned to asset-strip the 95-year-old club, selling all of its best players and thereby destroying it. There has also been interest from Beelzebub Investments Inc, whose chairman Fred Satan revealed plans to sow salt over Elland Road while flaying Ross McCormack alive.

Barely a year has passed since the Whites were owned by a number of mysterious offshore companies intent on destroying the club, including Lutonville Holdings Inc, Outro Corp, and Leeds Must Die PLC, all apparently led by Ken Bates.

Against these shadowy entities, Leeds fans have welcomed Together Leeds with open arms. Season-ticket holder Sean Farley commented: "Like many fans, I’ve been impressed by Together Leeds’s vision of a modern, fan-centred, forward-looking catastrophe.

"It kills me to think of my club being destroyed by faceless bureaucrats or financial vultures looking for a quick buck at the expense of a century of tradition. No, I want to believe that my club is being destroyed by people who are prepared to listen to the fans before ignoring us and laying waste to everything we hold dear.

"Of course, in an ideal world our club wouldn't be getting destroyed at all, but in this day and age you have to be realistic."

However, it remains likely that the next owner of Leeds will be controversial businessman Cellino, who has spent many years reinvigorating Italian side Cagliari, hiring and firing 35 managers and playing home games 500 miles away in Trieste.

He is yet to be approved by the FA, but, despite being in charge of the Sardinian club for 21 years, has only acquired two convictions for financial crimes in that time, suggesting he is a nailed-on certainty to pass the ‘fit and proper person’ test.