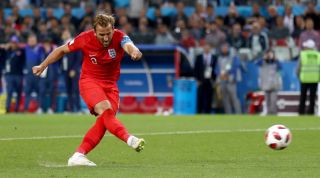 Unless you pick up a red card after five minutes, there’s an obvious advantage to playing a greater number World Cups games in terms of each player's Fantasy League points. So let’s do this now, before the semi-finals, when players from Belgium, France, Croatia and (checks notes) England can expect to streak ahead.

With 60 of 64 games played, these are the players who’ve earned the most Fantasy Football points according to the Telegraph’s league.

An English striker leads the standings and we’d imagine you’ll probably know who that is (anyone who guesses Wayne Rooney goes to the back of the class). However it might get a bit trickier when you get to the Danish defenders.

So how closely have you been following this World Cup? Get guessing, then tell us your score @FourFourTwo – we’ll retweet the best, if you don’t give answers away. Please challenge some friends while you’re at it too.