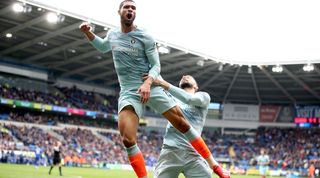 Chelsea and Tottenham both play tonight – and with the latter’s form, the Blues have a chance to sneak into the top four.

While the race for the Champions League spots is heating up, there is no challenge for the top six. Despite seventh-placed Wolves beating fifth-placed Manchester United last night, they still lie 13 points off the Big Six.

But the sides that dominate the top of the table almost every year haven’t always been there – especially in the Premier League’s early years, when those top places were a free-for-all from August onwards.

So can you name every club that's finished in the Premier League’s top six since 1992? We’re giving you seven minutes to give it your best shot – once you’re done, let us know how you got on at @FourFourTwo (with proof!) and tag your mates to see if they can do any better…

QUIZ Can you name every team to be relegated from the Premier League?