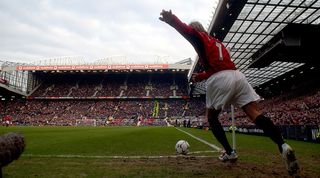 Twelve minutes on the clock, 72 names to guess.

Remember to tweet your scores @FourFourTwo - ​after you're done, challenge your pals to see how their brains size up against yours...

It's always the goalscorers who get the glory – but what about the players who make that net-busting possible?

Since 1992/93 only four players have broken the 100-assist mark – and one is rather far ahead – but in this quiz we've featured every player with 40 to their name for you to recall.

In 2018/19, Eden Hazard led the way with 15 assists in the Premier League – more than anyone else in Europe's top five leagues managed, though still five short of Thierry Henry's remarkably generous haul of 20 back in 2002/03.

And this year, Kevin De Bruyne was looking like he might have reached more then 20 - until the season was cut short.