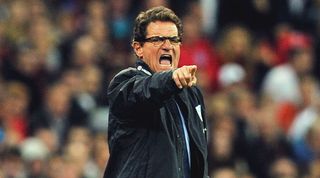 NOW TRY Quiz! Can you get 25 correct answers in our midseason 2019-20 Premier League quiz?

Fabio Capello is one of the greatest football managers of all time - there's no two ways about it.

But the time in which managed England was not exactly the most golden of generations. There were major fallouts within the squad, big players coming to the end of their peaks and the new lot failing to set the world alight in turn.

The fact that Capello's time as the Three Lions boss ended just before Euro 2012 will always paint questions of what if, too.

But let's not dwell on those today - how many of Fabio's England representatives can you name, exactly?