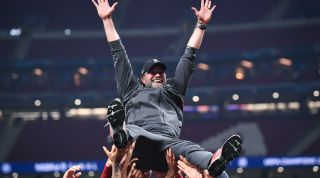 Liverpool have been one of the most successful British sides in the Champions League, reaching four finals and winning it twice.

Can you name every player to have featured in any of those games? Subs too!

Klopp's boys are looking to make it three finals on the bounce this seaosn but first they'll have to navigate their way past Atletico Madrid in the last 16 on Tuesaday. Get in the mood for that clash by giving this bad boy a go!