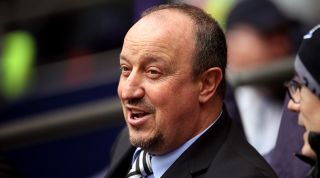 Five minutes on the clock, 16 managers to guess.

NOW TRY Quiz! Can you name the World's Best Club Coach award winners and runners-up since 1996?

It's been a strange few years up in the north-east.

With the takeover back on now for Newcastle United - according to reports at least - it looks like fortunes could be about to change.

Could we see Kylian Mbappe playing at St. James's Park any time soon? Well, stranger things have happened. Manchester City fans could never have imagined they were going to get Robinho, after all.

Today, we'd just like you to name the men in charge at Newcastle over the years. You've only got five minutes to name their managers mind. Good luck...