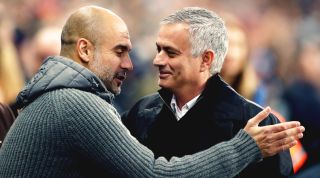 NOW TRY Quiz! Can you name the first XI from each of Cristiano Ronaldo's European trophy wins?

You may not be aware of the International Federation of Football History & Statistics. It's an organisation, based in Switzerland - aren't they all? - that award clubs, players and managers with various gongs for excellence.

The Best Club Coach Award is a fascinating one. It's so hard to actually gauge what separates a good coach from a great one.

For example, Zinedine Zidane has won the Champions League - but could he have done Eddie Howe's job of keeping Bournemouth in existence over a decade ago? OK, that's an extreme example - but the point still stands.

There aren't that many awards for managers, so fair play to anyone who actually tries to organise them. Today, we've listed the winners and runners-up of the IFFHS World's Best Club Coach award - can you guess who made the cut?

While you're here, why not take advantage of our brilliant new subscribers' offer? Get 5 copies of the world's greatest football magazine for just £5 – the game's greatest stories and finest journalism direct to your door for less than the cost of a London pint. Cheers!NOW READ...